It happens that in life, nagging and nagging is often the only way to get justice, or what we think is justice. There are some people who are eager to help and will hop to a request as soon as it is spoken, but many people are rather slow to do what is asked of them, and many people have vested interests in denying pleas for justice. These are the people who have more power than others and they usually use that power to take advantage of those who are weaker. Do the people with power take an initiative in renouncing their power for the benefit of others? Do people with power renounce it when politely requested to do so? We all know that doesn’t happen very often. Even in the top-down case of Czar Alexander II freeing the serfs in Russia, the class structure in Russia didn’t change very much.

Most of us instinctively identify with the widow who is trying to get justice. As widows, we expect that God’s granting of justice involves God strong-arming the unjust judges of the world until all of us widows get our rights. But that is not what happened with Jesus. Far from dismantling the unjust rule of the Romans, Jesus himself was condemned to death by the unjust judges among the Jewish leaders, the Roman governor, and the rest of us in the crowd. As the culmination of the persecuted prophets, Jesus reveals God to be the widow who is pleading with us, for justice.

That is. we are the unjust judges. Even people with little power overall tend to be unjust judges over those (such as children) who have even less power. This portrait of humanity raises the question as to whether it is God who delays justice. If humans act unjustly and delay justice to the point that injustice is a longstanding epidemic, then God could have been working overtime since the dawn of civilization and still have no hope of keeping up with the injustice.

Jesus as the crucified widow who died at our hands, the unjust judges, is not what we were looking for when we thought of ourselves as widows. But that is what we got. Not only that, but we also got the resurrected widow who still pleads for justice without ceasing. As the resurrected widow, Jesus has offered us, the unjust judges, forgiveness and the offer to enter into the kingship of Jesus. The parable suggests that we enter as importunate widows who plead with forgiveness and love for the unjust judges as some of our greatest leaders have done, leaders such as Mahatma Gandhi, Martin Luther King, Jr. and Desmond Tutu. But we also enter the kingship of Heaven as repentant unjust judges. In the parable, the Unjust Judge only relents because he is more miserable from being hassled by the widow than he is with any power he might lose by giving her justice. But at least the Unjust Judge finally does the right thing, even if his motives are as selfish as those of the Dishonest Steward in the earlier parable. (Lk. 16: 10–13) Maybe if we start to do the right thing, however grudgingly, we might find that doing the right thing, of granting justice to those weaker than we, isn’t so bad after all. Maybe giving justice can become a habit.

What does this parable teach us about prayer? It surely teaches us to pray constantly like the importunate widow, and to thirst for justice, as the Sermon on the Mount would have us do. However, we are not praying to a strong man who will manhandle the bad guys for us. (We would be among those so manhandled in that case.) We are praying with God the Crucified and Risen Widow who offers us freedom from our own injustice so that we can spread justice to others with a burning desire. 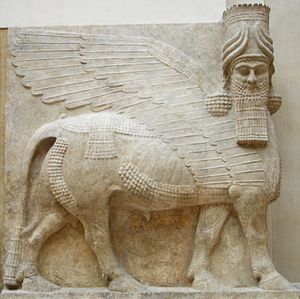 Ascension Day is a feel-good celebration of Jesus seated at God’s “right hand in the heavenly places, far above all rule and authority and power and dominion, and above every name that is named, not only in this age but also in the age to come.” If Christ is reigning like that and we are reigning with Him and sharing in Christ’s power, then we too are over everybody else just as Jesus is over everybody else. Sounds like a good deal. Or is it? Let’s take a closer look at what this power of Christ is all about.

Getting a sense of how power and especially omnipotence applies to God is tricky. After all, we dream of being omnipotent and invulnerable so we assume that the Master of the Universe wishes the same thing. Not a good assumption.

René Girard noted that power is attributed to the primordial victims of collective violence. (See Violence and the Kingdom of God) That is, the victim was powerful enough to be the cause of the social meltdown and also powerful enough to be the solution to the violence. (The reality, of course, is that such victims were normal humans with no supernatural powers.) The Gospels reveal Jesus as a vulnerable human being who clearly did not cause the social crises of first-century Jerusalem and whose death brought about no solution to it. Whatever power Jesus has, it isn’t this power. The illusion of the power of the victim should make us suspicious about how we attribute power to God.

A second and more common image of power is the imperial structure. In the days of Isaiah and other prophets, Assyria was such an image. The statues and friezes of winged bulls are symbols of this kind of power. This is the kind of power the apostles seem to have been thinking of when they asked Jesus: “Lord, is this the time when you will restore the kingdom to Israel?” (Acts 1:6) Jesus’ ascension right after hearing this question was a firm No.

When Paul says that Jesus is “far above all rule and authority and power and dominion, and above every name that is named, not only in this age but also in the age to come,” he is saying that Jesus is far above and beyond all cultures that rely on sacrificial violence and the Assyrian-Roman impositions of power. That is, the power of Christ is to bring us out from these cultural practices. But are we being brought out of the world to escape these cultural entanglements? Sorry if you were hoping for that.

Paul concludes this section of Ephesians with powerful irony: “God has put all things under [Jesus’] feet and has made him the head over all things for the church, which is his body, the fullness of him who fills all in all.” Paul is using the common image of military victim where the victor lays his foot on the head of the vanquished, making the loser his footstool. But under Jesus’ foot is not the head of the vanquished but Jesus’ own Body, the Church. This is the Body of the crucified one who was raised from the dead and returned as the forgiving victim. Jesus’ reigning in Heaven at the right hand of the Father is coterminous with Jesus living with us here on earth, sharing our vulnerability to the imperial structures of power who continue to act like the Assyrians and the Romans.

If we are the Body of the forgiving victim, then forgiveness, not rulership, is what reigning with Christ is all about. This power to forgive was the gift the risen Christ breathed into the disciples (Jn. 20:23)  In John, Jesus says that it is this “Spirit of truth” who abides in us. When we keep Jesus’ words, he and the Father and the Spirit will come and dwell within us to empower us with their love for one another and for us and for all those whose sins (including our own!) need forgiving.