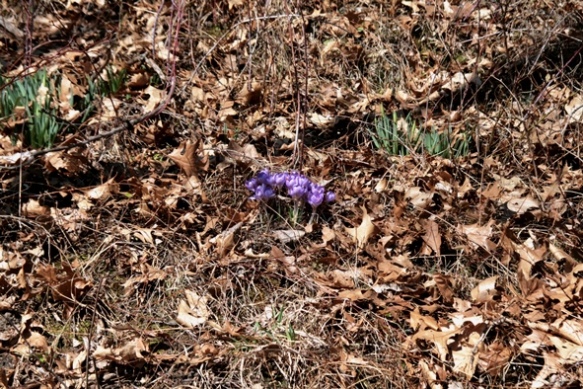 Can a charming rogue be an example of how to enter the Kingship of God? Jesus’ Parable of the Dishonest Manager invites us to explore that question.

The Rich Man has heard rumors that his Manager is squandering his property and decides immediately to fire the Manager without giving the Manager a chance to defend himself. In a most helpful article on the parable, David Landry makes the Rich Man’s swift action understandable by explaining the importance of honor in ancient society. In an honor system, the notoriety of a delinquent subordinate reflects badly on the pater familias who is supposed to control everybody under his authority. The public rumors about the Manager threaten the Rich Man with social disgrace and he is running scared.

The inner dialogue of the Dishonest Manager shows no honor as his desperate scheming leads to an inventive solution to his dilemma. Generous with the Rich Man’s money, he quickly acts to reduce the debts owed the Rich Man. These debts strengthen the portrait of the Rich Man as a ruthless person who uses economic power to oppress others, a common practice of absentee landlords in Jesus’ time. He is the sort of rich man who the prophet Amos accused of “buying the poor for silver and the needy for a pair of sandals.” (Amos 6) Although the Dishonest Manager is acting only out of self-interest, he is still helping other people in the process.

The Rich Man’s commendation of the Manager is perhaps the most puzzling turn in the parable. Landry’s discussion of honor is helpful here as well. He suggests that the Manager’s reducing the debts has brought admiration and honor to the Rich Man, something the Rich Man has probably had very little of in the past. The same person who had brought dishonor on the Rich Man has now used his agency to bring the Rich Man more honor than he has ever had.

The act of forgiveness, self-centered as it is, has thrown a monkey wrench into the economic system which up to this time has been one of economic exploitation of the weak. This is what trickster rogues like the Dishonest Manager do. The Rich Man, hard-hearted up to this point, confirms the forgiven debts, which are a fait accompli anyway. What kind of chain reaction might occur out of this action that could transform the economic system into one based on forgiveness and love? What transformation of character might there be on the part of both the Manager and the Rich Man? At the beginning of the parable, the Rich Man believes the accusations against his Dishonest Manager out of fear that his honor is compromised. By the end of the parable, the Rich Man has gained honor for being generous, a challenge to gain even more honor through more generosity, honor that can be enhanced by keeping the Manager.

When we note that this parable in Luke’s Gospel follows directly the Parable of the Prodigal Son, the probability that the Parable of the Dishonest Manager is indeed about forgiveness is heightened. Moreover, there are some significant links between the two parables. Most prominently, each features a man who has squandered the resources of somebody else. Indeed, the same otherwise rare Greek verb diaskorpizo is used both times. The theme of honor plays a contrasting role in these parables. The Rich Man clings to his honor, but he does shift from being a slave to the opinions of those accusing the Manager to accepting honor from those whose debts have been forgiven. The Father of the Prodigal Son, on the other hand, throws honor to the winds throughout, first by allowing the younger son to insult him by asking for his inheritance, then by frantically running out to meet the younger son when he returns. Might the Rich Man eventually take this final step in renouncing his sense of honor out of love for those indebted to him? Is such renunciation of honor what it means to serve God rather than wealth, since honor is a form of wealth? (Lk. 15: 13)

Right after the Rich Man’s commendation of the Manager, Jesus adds: “for the children of this age are more shrewd in dealing with their own generation than are the children of light.” (Lk. 16: 8) Here, Jesus poses a powerful question to his followers: Do we actually forgive others even as much as the Dishonest Manager forgave the debts owed the Rich Man? Is there a chance that the Dishonest Manager and the Rich Man will enter the Kingdom of God before us?