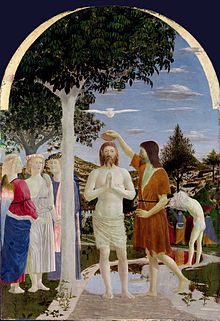 There is much theology that treats the Trinity as a mathematical game, trying to work out how three can be one and one can be three. But math, important as it is for many things, is not the way of salvation.

The Church, of course, didn’t preach the Trinity just to solve a mathematical puzzle; the Church preached the Trinity because that seemed to be the best, maybe the only way, to preach salvation. Jesus, a human being, was so god-like that his followers concluded that he wasn’t just like God but was God when, among other things, Jesus exerted divine power to walk on water and still the waves of the Sea of Galilee. Then Jesus sent the Holy Spirit, the Advocate, to do the godlike things he had done. So it was that the disciples experienced three Persons acting like God in a way that only God could act. That’s why theologians have been trying to do the math ever since. We shall reflect on one of the most important of the godlike acts of Jesus and the Holy Spirit.

Jesus got in trouble with the religious authorities for many things, but probably the most serious of them was claiming the power to forgive sins. He did this when the paralytic was brought down through the roof by his friends so that he might be healed, (Mk. 2:5) and he did it again when the Sinful Woman poured perfume over his feet at the house of Simon. (Lk. 7: 47) The Pharisees were incensed because Jesus, a human being, was doing what only God could do. The Gospel writers agreed that only God could forgive sins and Jesus had, in fact, done what only God could do.  Before he died, Jesus promised to send the Holy Spirit to be an Advocate who would lead them further into the truth of who Jesus was. When the risen Jesus breathed on the disciples in the upper room, he passed on to them and, through them to us, the ministry of forgiveness of sins. (Jn. 20: 22–23) Fifty days later, Peter exercised this power to forgive sins when his listeners asked him what they needed to do to be saved. (Acts 2: 38)

The Trinity, then, is not a mathematical puzzle but a story of sin and forgiveness. In spite of some outbursts of anger, Yahweh claimed to be a God who was chesed, a Hebrew word meaning full of loving kindness and mercy. The attitude of the Pharisees towards the paralytic and the Sinful Woman suggests that they thought forgiveness should stay up in the heavens where it belonged and not get mixed up with humans on the earth. In our angrier moments we tend to feel the same way. But Yahweh’s hesed did get mixed up with humanity: first in the person of Jesus and then in the disciples through the Gift of the Holy Spirit. So it is that we humans are given the Gift, not only of having our sins forgiven, but we have the Gift of forgiving the sins of other people. Note that it isn’t we who forgive, but it is God who forgives through us. That is, the divine act of forgiveness that came the earth in the person of Jesus has, like the Holy Spirit, spread throughout the whole world.

Forgiveness is the air we breathe. Unfortunately, just as we can pollute the air, we can pollute the breath of the Holy Spirit through our own wrath. But fortunately, there is no getting rid of God’s hesed. It is all around us and we can breathe it any time we wish. And when we wish it and breathe in the Spirt, we share the life of the Holy Trinity with other people and so help them share the same forgiving life. 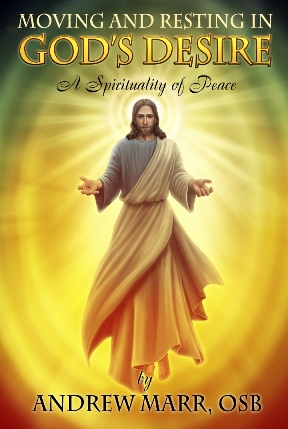 In the hope that some of you may benefit and be stimulated to growth in spirituality, I announce release of this new book: