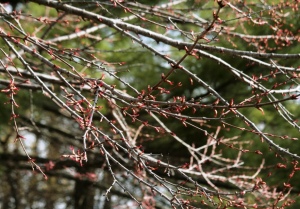 I noted earlier that a major component of granting forgiveness is to renounce mimetic rivalry. The desire for revenge is a desire to win a victory against the person who has “defeated” us through personal injury. It is this desire to “win” that is renounced with forgiveness. There is a similar, but not identical renunciation of mimetic rivalry in accepting forgiveness. In committing sin that requires forgiveness, mimetic rivalry in the sense of seeking to dominate other people is often involved. This quest for dominance is one of the major things that need to be repented of in receiving forgiveness. Just as one becomes a “loser” in granting forgiveness, one becomes a “loser” in receiving it. This is the difficulty that Javert had in Les Miserables. (See A Miserable Gospel.) This gendarme had placed himself in perpetual mimetic rivalry through his determination to catch out Jean Valjean and bring him back to prison. This vendetta started at the moment of his release, without giving Valjean any opportunity to prove himself worthy of his release—or not. This mimetic rivalry on the part of Javert, which was never reciprocated by Valjean, made Javert relentlessly unforgiving and it made him just as relentlessly incapable of receiving forgiveness. He could not renounce his irrational quest to “win.” And so he lost everything.

These considerations help us understand the puzzling verse in Romans 12:20. Paul tells us feed our enemies who are hungry and give water when they are thirsty for by doing this we will heap “burning coals on their heads.” Paul is quoting Proverbs 25: 22 here, which only pushes the puzzle back to the Wisdom Sage. If we are truly forgiving one who has wronged us and have renounced the desire for revenge or for someone else (God) to avenge us, then we truly wish to restore connections to the person who wronged us and to enhance that person’s well-being. Feeding and giving water to such as these as much as we give them to our own family and friends is enhancing their well-being. But what of those who cannot or will not forgive and cannot or will not receive forgiveness? Javert is an example of one who experienced a free act of forgiveness as the heaping of burning coals on his head. Valjean’s forgiveness seared his soul. Paul, and the Wisdom Sage before him, realized that forgiveness will burn the person who does not accept it. Such is the teaching of Jesus in the Parable of the Unforgiving Servant who was not tortured by the master but by his own inability to give and therefore receive forgiveness.

The Parable of the Unforgiving Servant takes us to the heart of the question of forgiveness in Matthew’s Gospel. A dialogue between Jesus and Peter sets the stage and gives us a sense of direction for interpreting the parable. When Peter asks if he should forgive someone who offends him seven times, he seems to think he is putting a high ceiling on the matter. Forgiving somebody seven times seems an awful lot but Jesus breaks his bubble by saying that he has to forgive an offender seventy-seven times, or seventy times seven, in some manuscripts. Taking the higher number, one might think that counting up to 491 offenses legitimizes taking revenge after the magic number is passed, but that obviously misses the point. Jesus’ reply is an allusion to Lamech’s savage song where he boasts that if Cain is avenged seven times, then he is avenged seventy-seven times. The working of revenge cycles indicates that the revenge is infinite. Jesus’ counters the infinite revenge cycle by making forgiveness just as infinite.

Then Jesus launches into the parable of the unforgiving debtor. After being forgiven outright a large sum of money owed to the master, the forgiven servant refuses to forgive a much smaller sum by a fellow servant. Having just been forgiven a large debt, the servant hardly has the excuse of being desperate for money. The point of the parable is clear enough: if you don’t forgive, you won’t be forgiven. But there is a small hitch here. The “forgiving” master suddenly becomes unforgiving. The forgiving Father in Heaven is not forgiving either, at least for this offense. Not forgiving is the unforgivable sin.

Elsewhere in Matthew, Jesus says that every sin and blasphemy can be forgiven with the exception of “blasphemy against the Holy Spirit” which is the one thing that cannot be forgiven (Mt. 12:31). It seems odd that God’s hands should ever be tied in any circumstances in forgiving anybody for anything, so what gives? Saying that unforgiving people cannot be forgiven suggests that withholding forgiveness would be the sin of the Holy Spirit. In Jesus’ final discourse, he promises that when he leaves, he will send the Advocate to guide them in all truth. An Advocate is a lawyer for the defense. So the Advocate Jesus sends is the defender of all who are accused. The Advocate “will prove the world wrong about sin and righteousness and judgment” (Jn. 16:8). Of course, the world runs by the fuel of accusation and revenge. If we bring Jesus’ words about the Advocate to his words in Matthew, it appears that sinning against the Holy Spirit by not forgiving others cuts us off from our Advocate who would plead our case.

In the parable, the unforgiving servant is handed over to be tortured until he has paid his entire debt. The servant had been invited to a new way of living based on forgiveness and rejected it. Living without forgiveness, which is tantamount to living by vengeance, is torture. It isn’t God who is unforgiving; it is the servant. If refusing the way of forgiveness is the sin against the Holy Spirit, then we do not need to worry about what thing we might do wrong that brings us to eternal damnation. Forgiveness is a process and so is vengeance. Clinging to vengeance in the face of God’s forgiveness tortures us with our vengeance for as long as we are imprisoned in it. All the while, the Advocate continues to defend us, hoping that we will allow the Advocate to prove us wrong about sin and righteousness and judgment. Ultimately, Jesus and the Heavenly Father forgive us our unforgiveness in the hope that we will accept this free gift. Likewise, St. Paul says that Christ is at the right hand of God interceding for us (Rom 8:34). Just ahead of the parable, Jesus has told the Parable of the Lost Sheep for whose sake the shepherd left the ninety-nine to seek out the lost. Surely God searches out each one of who tortured by vengeasnce. Then, immediately before this the Parable of the Unforgiving Servant, Jesus has instructed his disciples about seeking reconciliation and treating delinquent members like Gentiles and tax collectors. Judging by the parable that follows that we have examined, the way to treat Gentiles and tax collectors and all other people is to forgive them. Truly accepting this free gift of forgiveness entails passing this free gift on to others. We are all thrown into the same world together. The question is whether we will be tied up in vengeance or bound by forgiveness.