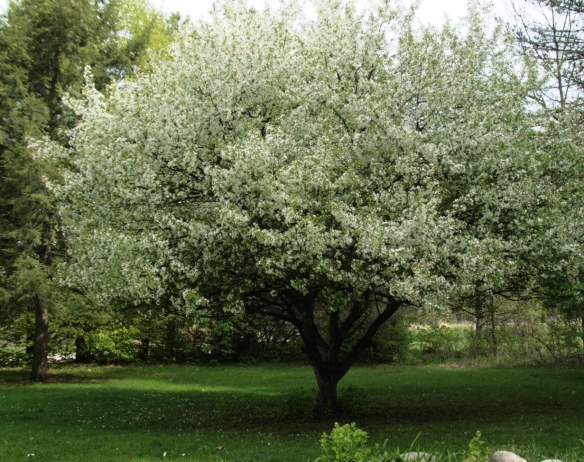 There is only one simple qualification for being a disciple of Jesus: give up everything. That’s one whale of a qualification. So hard is this qualification that earnest Christians have thought of many ways to soften Jesus’ words without washing all meaning and challenge out of them. My New Testament professor at Nashotah House, O.C. Edwards, suggested that this qualification means we have to give up everything that comes between us and God. That is, if parents, children, spouses, friends, or fellow members of a community help us draw closer to God, we don’t have to give them up. The same would go for material possessions. Even Benedictine monks have to use things in this world in order to live so we can’t give up having anything at all. The trick is to use things in such a way that the work and recreation we do with them draws us closer to God rather than farther away.

We could phrase this approach by saying that the problem is not possessions but possessiveness. God gives us parents, children, siblings, and friends as gifts. Likewise we should give each ourselves as gifts to other people. The things we use in the world are likewise gifts from God and should be treated accordingly. The problem comes when we prefer to take other people and things rather than receive them. In such cases, the intensity of love we feel for others is actually possessiveness rather than love. We are told to “hate” parents, children, siblings, and friends so as not to be possessive of them. Taking people and things is the result of putting ourselves in competitive relationship with other people. When we compete with others, we have to win and a victory is something we earn, not a gift. This same competitiveness carries over to our attitudes toward possessions. As the French thinker René Girard teaches us, we often want things that other people have or want to have things at the expense of others so that we can claim a victory over them. Of course, competitiveness is a bottomless pit. If we win one round, we always fear losing the next. If we have to have more than other people, or at least as much, we have to keep on accumulating more things no matter the damage our hoarding does to others. In all this, the people we try defeat and our lust to win through possessions become stumbling blocks between ourselves and God. This is what we have to give up.

Paul’s Letter to Philemon illustrates this point very well. Slavery, very common up to the present day (although now other terms such as “trafficking” are often used for it), is perhaps the ultimate in possessing other people. Onesimus was a runaway slave. Paul experienced Onesmimus, not as a possession but as a gift, a person who freely gave of himself to serve Paul while he was a prisoner. Paul is tempted to be possessive and keep Onesimus for himself but he offers Onesemus to Philemon as a gift, clearly hoping that Philemon will give Onesimus back to Paul as a free gift. Paul makes it clear that he is not giving Onesimus back as a slave; instead, he is giving Philemon back as a beloved brother “both in the flesh and in the Lord.” (Philem. 16) If Philemon receives Onesimus as a brother in Christ, he can hardly continue to possess him as a slave.

I’ve always seen Paul’s letter as an artful piece of emotional blackmail, but for all his manipulative rhetoric here, Paul is basically passing on to Philemon Jesus’ invitation to the Kingdom with its one qualification. This sounds simple, but in the heat of daily battles, we find that the possessiveness born of competitiveness is very hard to renounce and it amounts to carrying our cross daily. If we can daily renounce our possessiveness, we will indeed receive everything from God and from others as Gift.