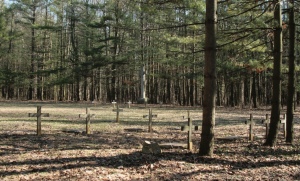 Richard Beck’s new book The Slavery of Death works with the powerful thesis of Ernest Becker which states that fear and denial of death fuels human aggression. I have read both of Becker’s books (Denial of Death and Escape from Evil) and I find Becker’s analysis of this phenomenon compelling. Moreover, much scientific testing has verified Becker’s theory. Beck outlines Becker’s demonstration this existential fear of death and its subsequent denial leads to striving for heroism. For Becker, heroism is a compulsive drive to succeed, to prove that one matters, and to gain recognition for one’s efforts. One might think that there is nothing wrong with any of this but this neurotic striving for “heroism” comes to the expense of other things in life such as family and friends. Moreover, the social settings for such striving tend to magnify aggressive behavior so that not only fearful individuals but the social groups as well persecute others to validate themselves.

Impressive as Becker’s insights are, they are very bleak and they don’t offer humanity any constructive way out the denial of death except, perhaps, a heavy dose of Stoicism. Most humans find this cold comfort at best and an impossible prescription at worst. Might as well join Jean-Paul Sartre in a life of existential despair.

Richard Beck brings Christian theology and spirituality to Becker’s insights which brings us into a whole new ball game. To begin with, he notes the importance the Eastern Orthodox Churches give to Death, rather than Sin being the prime enemy that Jesus must destroy. He adds depth to the slavery to “heroism” by comparing it to the “principalities and powers” of the world denounced by St. Paul. Beck then uses the social and anthropological thought of Walter Wink and William Stringfellow (who deserves to be much more remembered than he seems to be) to help us see the strength of social forces that pull us into a “heroic” mode. Much more important, Beck shows how an eccentric life can pull us out of this death anxiety so as to live a healthy, loving life. Beck is not talking about being somebody’s eccentric uncle; he is talking about living a life centered outside the self. He uses Arthur McGill as a resource for understanding how love and concern for others benefits the one doing the loving by pulling us out of ourselves. Jesus, of course, is the perfect example of eccentric living. Jesus was positioned fully out of himself out of concern for others and also his grounding in his heavenly Father. That is why, although he feared the painful death to come in Gethsemane, he had the courage to endure it. Lest one be overly daunted by the extent of Jesus’ self-sacrifice and that of people like Teresa of Calcutta, Beck also shows how important small sacrifices on a daily basis are for eccentric living. These are within reach of everybody. The “little way” of Thérèse of Lisieux is are stirring and practical example. For Thérèse, eccentric living can be as simple as pushing a wheelchair of an elderly sister who complains bitterly over every bump on the way. It is such eccentric living that leads to Jesus’s resurrected life which we are all invited to share.