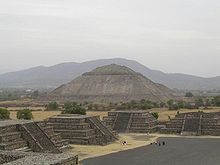 The sacrificial rites of the Aztecs at the time of their conquest give a rich example of the institutionalizing of sacrifice. The horrific quantity of children sacrificed to bring on rain with their tears, and the men whose hearts were cut out to keep the sun alive leads us to dismiss them as civilized human beings. But they were highly civilized. In the book Sacrifice and Modern thought, two stimulating articles help us understand Aztec sacrifice. Both Laura Rival and David Brown help us sympathize with the Aztecs as human beings. Rival points out that human sacrifice was modeled on the deities who threw themselves into the primordial fire to create the fifth sun and set it in motion. This myth points to a noble disposition behind the sacrifice. It is not hard, however, to see this as a typical myth that hides the collective violence that laid the foundations of their culture.

David Brown summarizes clearly the “flower wars” that were part of the sacrificial system. These wars had become as highly ritualized as the sacrifices performed on the top of the pyramids. The whole purpose of these wars was to capture sacrificial victims in fair fights. The initial chaos leading to the myths and sacrificial rites had led to a complex, highly restrained structure of warfare.

Brown quotes a moving statement by an Aztec leader who says that the Spaniards did not understand “how vital it is for us to give blood to the gods.” As selfless as the sacrifices were, and the Aztecs believed they were rewarded in the afterlife, they were convinced that if they failed to continue these sacrifices, the gods would become angry and turn away from them. Here we have it: as with so many other early cultures, the Aztecs were caught in a sacrificial system that allowed no escape. If the gods are subject to anger and capriciousness, one does not dare turn away from the only rites that had a chance of deflecting the divine wrath.

The structure and restraint of the Aztecs is a dramatic contrast to the chaotic overrunning of their country on the part of the Spanish Conquistadors. Cortes justified these measures out of repulsion at the sacrifices carried out by the conquered people, but in a cruel irony, the Spanish made a cruel holocaust of the sacrificers. A comparison with the lynching of blacks in the United States shows us the same chaotic mob violence. (See Selling Postcards of the Cross.) In The One by Whom Scandal Comes, René Girard contrasts the fundamental way Satan works in archaic cultures and in modern cultures where some awareness of the Gospel has occurred. Among the Aztecs, as with so many other peoples, Satan was the transcendent principal of order. But with Satan cast out of the sky during the ministry of the Hebrew prophet Jesus, Satan acts imminently within human cultures as a disrupter.

In my last post, I noted how killing twins became part of a package of maintaining a satanic social order. (See Twin Killings.) All twins can be thankful that this order has been dismantled. Likewise, we can be grateful that we don’t have pyramids where people’s hearts are torn out. We are free of the satanic order, but we are not free of the chaotic violence that has been unleashed on to the world unless we actively seek the freedom we gain from being grounded in the God of Love who has gathered all Aztec victims into the divine fire that fills us all with eternal life.