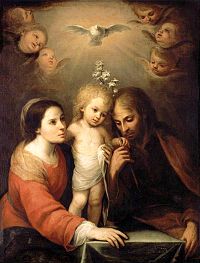 It is well-known that humans can be competitive, sometimes just for the sake of being competitive. Competition tends to draw rivals close together, even if, and perhaps especially if they really hate each other. People who are close to each other to start with are often competitive just because they are close to each other. Sibling rivalry is an old story as the story of Cain and Abel tells us. René Girard attributes this phenomenon to mimetic desire. The reason for the rivals’ competition is because they want the same thing. This does not happen by chance. The desire of one person inspires the desire of another. Often the mutual desire is instantaneous, or at least seems so. In any case, when two or more people fight over who is the greatest, each person thinks it is the others who are copying him or her and never the other way around. Girard further suggests that when this kind of rivalry spreads through society, it leads to a social meltdown that is usually resolved by the mimetic desire focusing on one person who is blamed for the crisis and who becomes a victim of collective violence. We see all these elements in a nutshell in today’s reading from Mark. Jesus tells his disciples that he will be betrayed “into human hands” and put to death. And then the disciples fight about who is the greatest, the very thing that has been happening on a broader scale in first century Palestine and so has made Jesus the designated victim of the social tensions around him.

All of this suggests that mimetic desire is a bad thing but that is not so. Mimetic desire is built into humanity by our Creator and therefore, in itself, it is good. It is good because it is the basis of deep connections between people. It is through mimetic desire that our parents and other caregivers initiate us into the world by sharing their desires for certain foods and learning to share desires for the well-being of other people. This is the significance of what Jesus does when confronted with the tense silence that greets his question: “What were you arguing about on the way?” Jesus places a child in their midst and tells them: “Whoever welcomes one such child in my name welcomes me, and whoever welcomes me welcomes not me but the one who sent me.” Jesus doesn’t reprimand his disciples as we think he should and as most of us would in his sandals. What Jesus does is very simple. Caring for a small child is the deepest manifestation of positive mimetic desire. Jesus subtly breaks up the closeness among the disciples that is brewing through their discord and instead unites them in their desire to care for the small child. This story puts before all of us the choice of how we will connect with the desires of other people: Will it be in rivalry or in nurturing others?