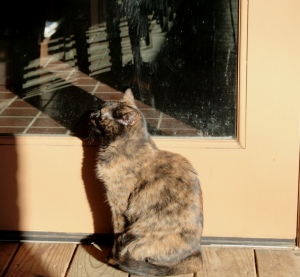 Although the title The Myth of Mirror Neurons make cause one to think it, this book does NOT deny the existence of mirror neurons. (See Mirroring Desires.) The myth the author talks about is a serious overrating of what mirror neurons can do in human beings. The discovery that the same neurons in the brains of macaque monkeys fire when they do an action or see the action done, such as grabbing a banana remains intact. It is the extension of the motor simulation to explaining human language and imitation that Hickock contests. Two historical points: 1) Up to the discovery of mirror neurons, the computational system of the brain was somewhat overrated; 2) the discovery of mirror neurons triggered a revival of the highly discredited motor theory of language skills in humans. Hickock explains at length how the same problems that discredited the motor theory of language remain in force, notwithstanding the difficulty of killing zombies. He discusses the evidence for high-level computational processing in the human brain in language use and in imitation. What mirror neurons do is ground the computational work in the brain in the motor areas of the brain. Hickock suggestss that mirror neurons seem to be about the same in macaques and humans but macaques do not talk and they do not imitate very much–certainly not anywhere near on a human skill. Hickock discusses autism and the theory that it is caused by a deprivation of mirror neuron activity. Hickock gives reasons why this does not work as part of a broader questioning of all deprivation theories of autism. In its place, Hickock cites evidence that autism is caused by overload in many areas. It is well-known that autistic persons are hypersensitive to sound and other sensory inputs such as certain colors. There is also growing evidence that autistic persons are hyper-sensitive to the other people; that is, they have an overload of empathy that is overwhelming rather than a lack. Where we seem to end up, for the time being anyway, is a mirror neuron system that grounds a complex computational cognitive set up apps (to use the computer analogy). For those interested in René Girard’s thought who see the discovery of mirror neurons as explaining Girard’s notions of mimetic desire: mirror neurons don’t do as much as the hype has suggested but they are very much in our bodies and they do play a role. The instinctive reaction to stimuli still seems to point to the preconscious element of mimetic desire, or at least part of it. The paradigm that Hickock is moving us toward suggests that it is not mirror neurons but the explosion of cognitive skills in the brain that takes humans out of instinct into learning by experience. Imitation, so fundamental to those exploring Girard’s thought, takes over from what instinct did in animals. Those skilled in neurology and related issues might found it useful to follow up this notion to see if it holds significant explanatory value. In any case, everyone who has been excited about mirror neurons and especially those who have cited the discovery as helpful to understanding humans should read this book to see where at least some scientists are now taking it. Hickock hasn’t just razed the barn; he has also called in the carpenters.