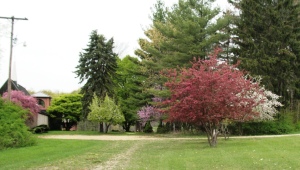 Jesus’ healing of a man born blind in John’s Gospel (chapter 9) is much more remarkable than fixing the eyes so that they can see. In order to really see, the healed man would have needed a radical overhaul of his neurological system so that his brain could grasp what was being seen. John didn’t know about neurology but he did know that really learning to see involves at least as radical an overhaul of our human system to heal our deeper levels of blindness.

John shows us the blindness surrounding the blind man when the disciples ask Jesus if it was the man’s own sin or the sin of his parents that caused him to be born blind. The notion that the poor guy sinned before he was born should be enough to show us how blind this attitude is. This blindness was compounded by excluding the blind man from the religious practices of Judaism because he was blind. Neither the Jewish leaders nor even Jesus’ disciples could see any potential worth in the blind man.

That Jesus shows the intention to take the man’s blindness as an occasion for revealing God’s work rather than for blame by putting mud on everybody’s eyes to recreate the world for us. The Jewish leaders react to the healing with anger. They seem determined from the start to discredit the healing rather than change their own way of seeing. Their search for blaming was rewarded when they discovered that the healing was done on the Sabbath.

It is important not to let Gospels stories such as this discredit the Jewish practice of the Sabbath. It was a great gift for Jews and for Christians who treat Sunday in a similar fashion, a day for renewal. That is the key: a day for renewal. The use of mud paste clearly refers back to the creation of humanity out of moist clay. The blind man is being recreated. In sharp contrast to the paralytic in John 5 who remained as paralyzed as he ever was no matter how much he carried his mat, the formerly blind man shows himself to be renewed at a very deep level. The clever way he handles the hostile questions from the Jewish leaders reveals a man with sharp intelligence and wit. Meanwhile, the Jewish leaders make it clear that their initial judgment that the blind man was a sinner and an outcast was immutable. As long as he was blind he was an outcast and once he could see, he was cast out for being healed by the wrong person in the wrong way. There can, of course, be no renewal, no re-creation if we insist on being immutable, neither can we see renewal or re-creation even when it takes place right under our noses.

But the man shows even more. James Alison’s concept of the “intelligence of the victim” suggests that the blind man had insight into what life was about and what God was about because he was blind and an outcast. He was given the opportunity of repudiating Jesus the way the paralytic did, which would have brought him approbation from the community, but instead, he staunchly defended Jesus, which landed him in the precise place of blame and expulsion as Jesus himself. It is in this place that the man really sees.

The disciples fade from the story after their question about who sinned, but far from really disappearing, their circle expands to include all of us who read and hear the story. This expansion forces us to choose: will we let Jesus re-create us in the place of shame shared with the man born blind, or will we hop out of the circle so that our lives will continue to be etched in stone?

2 thoughts on “Seeing with More than the Eyes”